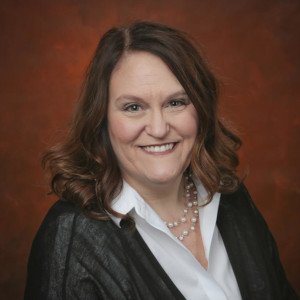 Susan Jensen served multiple roles for the California Nations Indian Gaming Association (CNIGA) before her elevation to executive director in October of 2016. After being hired as CNIGA’s first full-time staff member in May of 1998, she served as the public relations coordinator, director of communications, and deputy director of operations.

Jensen originally joined CNIGA to assist the organization’s communications efforts surrounding the Proposition 5 campaign, the first ballot initiative that sought to legally affirm tribal government gaming in California. Through her staff role at CNIGA, Jensen assisted in a number of major California tribal gaming events. She helped coordinate the meetings that led to the 1999 tribal/ state compacts that were signed by 61 tribes. In her prior capacities at CNIGA, Jensen has also overseen several communications efforts surrounding CNIGA positions on various issues as well as the publication of CNIGA information and written materials, including coordination and statewide dissemination of a regular economic impact study on tribal gaming.

In her current role as executive director, Jensen is responsible for the overall management and implementation of CNIGA departmental, project and programmatic goals and objectives. Her extensive experience has made her a respected voice with wide-ranging expertise on tribal gaming issues. As such, in the capacity of her position, Jensen serves as a spokesperson for CNIGA with the media, at various conferences, with other governments, and the public at large.

During her tenure as executive director, Jensen has overseen the growth of CNIGA in membership as well as impact. She established a strong CNIGA presence at the State Capitol and regularly coordinates communications between CNIGA and state lawmakers, as well as staff at the governor’s office and state agencies. She has led CNIGA in legislative efforts and testified before legislative committees. Among her accomplishments were successfully soliciting the Joint Legislative Audit Committee to authorize a state audit of the Indian Gaming Special Distribution Fund, which revealed years of mismanagement by the state.

In addition to her regular CNIGA duties, for over two decades Jensen has helped oversee the in-house organization of the annual Western Indian Gaming Conference, California’s premier gaming conference that is a forum for tribal and industry leaders.

Prior to joining CNIGA Jensen worked in life insurance for Manulife Financial. She is a graduate of California State University, Sacramento, and lives in Sacramento.