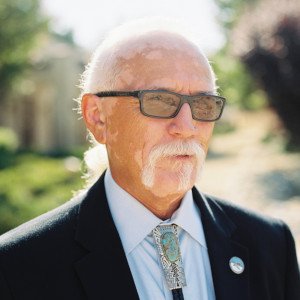 Russell "Butch" Murphy was elected to the Pechanga Tribal Council in July 2002. He has worked tirelessly for many years promoting education and business on the Pechanga Reservation, the Temecula Valley and throughout Southern California, and has become a respected member of the Pechanga Tribal Government.

Prior to his election, Murphy served as Communications Director for the Pechanga Band and continues to coordinate many of the tribe's communications efforts today. Murphy has helped craft a cohesive and unified message for the Pechanga Band while developing an outstanding working relationship between the Pechanga Tribal Government and the surrounding community. His skills have been invaluable in the effective communication of the tribe's message on a wide variety of issues, increasing the credibility of and respect for the tribe throughout the region.

With the ever-increasing importance of political, business, and community relations in mind, Murphy will continue to contribute his insight and experience to the remarkable progress being made in developing Pechanga and the Temecula Valley as two of the truly outstanding communities in the country.

Before serving as the tribe's communications director, Murphy served as a corporate officer for the Pechanga Development Corporation for six years. He was a teacher at Murrieta Valley High School for seven years where he taught physical education and health science, coached varsity football and was head varsity baseball coach. His professional background also includes a position with the University of California, San Diego, where he served for 12 years as a counselor/recruiter in the Student Outreach and Recruitment program.

Murphy was born and raised in the Temecula Valley and is a proud member of the Pechanga Band. For eight years, Murphy attended Temecula Elementary School and later graduated from Elsinore Union High School. His secondary education includes an Associate's Degree in Liberal Arts from Mt. San Jacinto College where he was also awarded All-American honors in football and was recognized as the Bank of America Man of the Year. He went on to earn his Bachelor of Arts Degree in Sociology from the University of California, Riverside. He also holds a standard secondary teaching credential from California State University, San Bernardino.