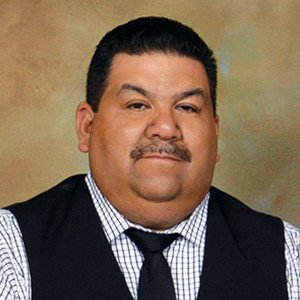 Indians Reservation and is serving his third consecutive term as vice-chairman and fifth overall with the Soboba Tribal Council.

He was elected to the Soboba Foundation four years ago and currently serves as the tournament director for the annual Soboba Foundation & Soboba Casino Resort Charity Golf Tournament, the foundation's most successful fundraising activity. He has been on the NIAA softball tournament committee since its inception.

Vivanco also serves as an executive committee member to the Compact Tribes Steering Committee and as tribal liaison to the Soboba Economic Development Corporation.

He previously worked for Valley-Wide Recreation and Park District for 28 years before retiring in 2015 to dedicate all his time to the tribe. He enjoys playing Peon and watching his children sing and dance at Bird Singing gatherings. He also likes golfing and fastpitch softball.

Vivanco works hard to deliver strong leadership for his tribe. It is very important to him to provide for the current membership as well as future generations to come.