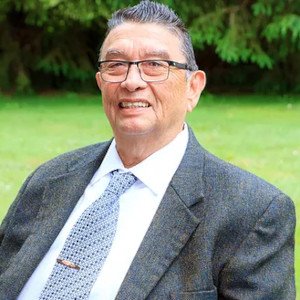 Northern-at Large representative Dale Miller also serves as chairman of the Elk Valley Rancheria, a position he has held for fourteen years. Prior to becoming Chairman, Miller served his tribe as a gaming commissioner.

As Chairman, Miller has been deeply involved in, and shares the success of bringing the Tribe’s fee land into trust status for purposes of building a new casino/destination resort. Miller works diligently to foster positive liaisons with local, state and national governments. Miller has been widely recognized for his leadership, including being named “Tribal Leader of the Year” by the Native American Finance Officers Association (NAFOA).

Miller served in the Navy and performed two tours in Vietnam. He is a Graduate of Tuck School of Business – MBEP and attended CSU Long Beach and Santa Rosa J.C. Miller has two grown children, a son and a daughter, and has been married to his lovely wife Paula for over 40 years.